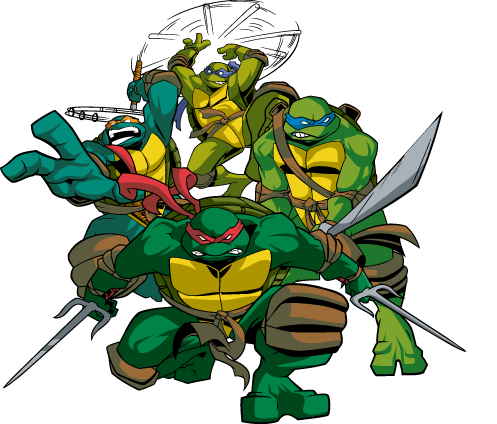 Leading up to Turtles Forever, I was the go-to writer on the seventh, final season of the 4Kids Entertainment/Mirage Studios produced 2003 animated TMNT series (subtitled: Back to the Sewer), scripting six out of the season’s thirteen episodes in 2008-2009. Lloyd Goldfine, Senior Supervising Producer, and Matt Drdek, Supervising Producer, called the shots.  (Great guys, even greater writers; Lloyd has the distinction of being the most gifted showrunner I know.)

The show aired on FOX and the CW4Kids ending in 2010. Nickelodeon will begin re-airing the entire 4Kids/Mirage run on Nicktoons starting in 2011. Look for my episodes: