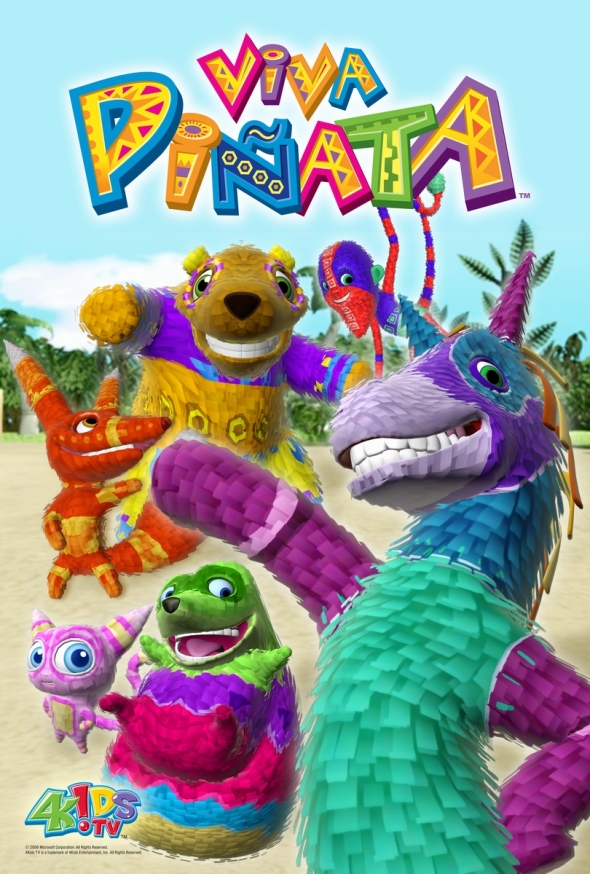 Viva Piñata is about a group of piñata friends whose life passion is getting sent to kid’s parties to get the crap beaten outta them for their candy inside.  They’re totally gung-ho about it — love it —  except piñata Fergy, who’s a lazy fat slob who will do anything to dodge piñata duty.

Another piñata of note: Hudson, the prized celebrity piñata — so vain he probably thinks this blog is about him.

Based (loosely) on the Xbox 360 game of the same name, it aired to high ratings as part of the FOX 4Kids TV programming block, later moved to the CW4Kids, and has been seen all around the world.

Check out some of my episodes on video: